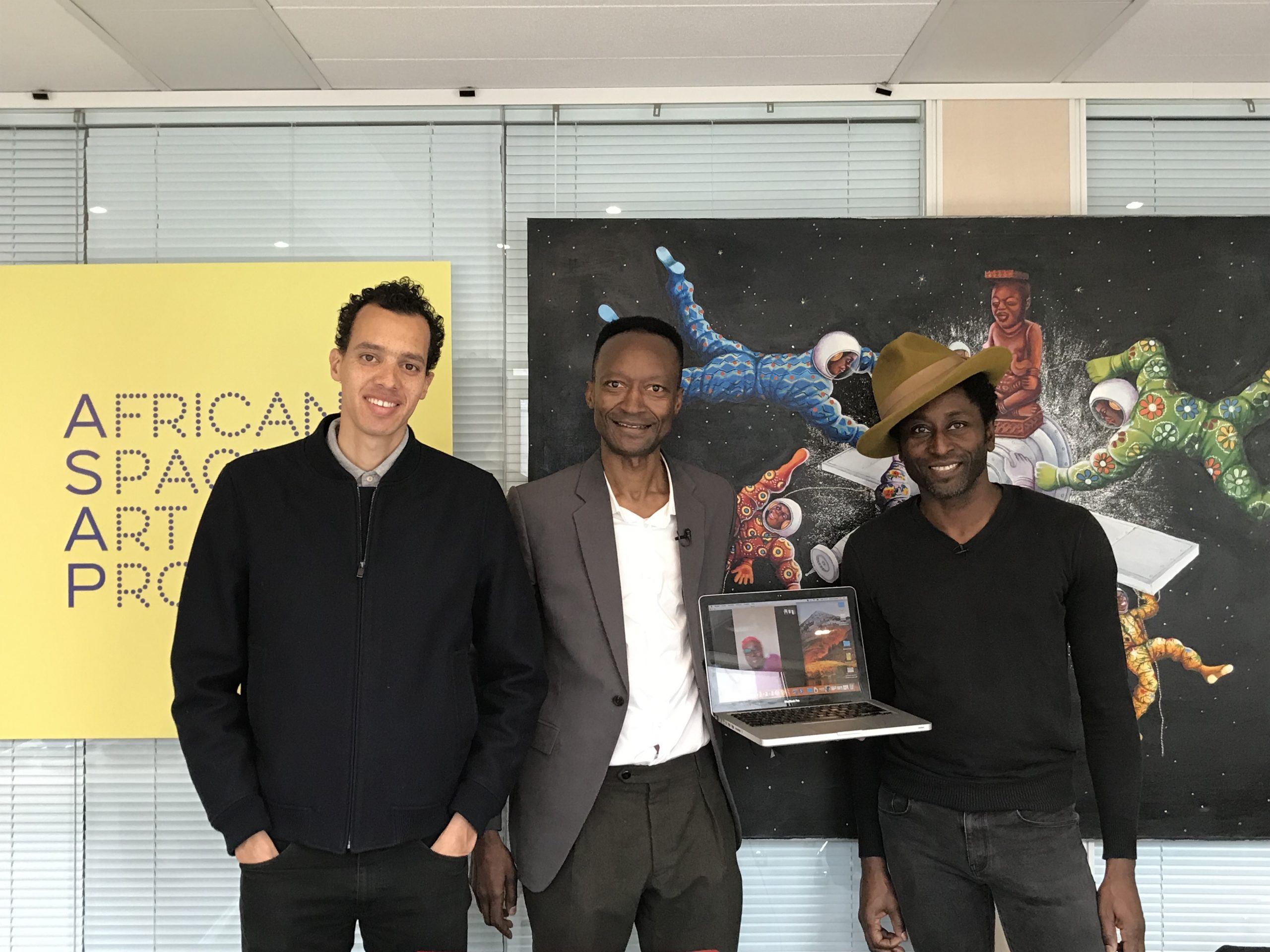 African Artists for Development (AAD-fund) created and launched the African Space Art Project (ASAP), an original program in partnership with Arianespace, EUMETSAT, and the World Meteorological Organization. The African Space Art Project program stems from the fact that Africa is the continent that emits the least amount of CO2, yet it is the one that will suffer the most from global warming. This historic, large-scale project was officially launched on September 24, 2018, at the Annual Forum in Abidjan organized by EUMETSAT.

In 2022, an Ariane 5 launch vehicle will orbit a new third-generation EUMETSAT geostationary satellite over Africa to monitor climate and weather changes on the African continent. And ASAP would like to demonstrate the strategic importance of this launch for the people of Africa since this satellite and its data will provide an unparalleled resource for the continent.

ASAP is the first artistic African space exploration. ASAP’s objective is to decorate the Ariane 5 nose cone with a reproduction of contemporary African artwork, a historic symbol representing the power of contemporary African creation for the future of the continent. This work will reflect the image of a modern, ambitious, optimistic Africa taking us beyond the stars. To celebrate the efforts of the entire artistic community in Africa supporting ASAP, the work of art launched into space, created by an African artist, will include the names of all the artists who have contributed to ASAP by donating one of their works.

One hundred contemporary artists from all over the African continent have been invited to participate in the African Space Art Project. The Artistic Committee chaired by Jean-Philippe Aka, which includes Gaël Faye, Keziah Jones, and Melissa Goba, met on Wednesday, March 4, 2020. Each member of the Artistic Committee had worked on the project before the meeting to collectively define specific selection criteria regarding the originality of the artistic proposal, its visual impact, and how it reflects the African continent.

The contemporaneity of these projects was paramount for the committee members. Artist Gaël Faye announced that he was looking for “an original representation of what Africa conveys today,” while singer-songwriter Keziah Jones hoped to study artistic proposals that “focus on modernity.”  Artist and curator Melissa Goba joined via videoconference from South Africa.

She praised the richness of the artistic dossiers, primarily because they made it possible to “look at the future of Africa.”

The link between Africa and space is nothing new. The ASAP project is embedded in a long history, as Keziah Jones pointed out when he mentioned the “Zambian space program.”  Initiated by Professor Edward Makuka Nkoloso, this program began in Zambia in 1964. Its goal was to follow in the footsteps of the United States and Russia in the race to conquer space. Zaire (now known as the Democratic Republic of the Congo) also launched a German-Zairian space adventure in 1975. The history of Africa in space is nothing new, and the artists participating in the ASAP project are determined to continue it.

Jean-Philippe Aka, president of the Artistic Committee, concluded the day by stressing how important this cultural project is for the 54 African countries. To quote him, the committee spent a day in the heart of “the Africa of today and tomorrow.”

The committee has chosen three winning artists, and they will submit their projects to the ASAP jury in 2021. The names of the artists will be released shortly.