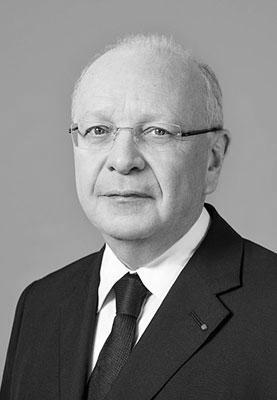 Born in 1954, Ross McInnes holds a master’s degree in philosophy, politics, and economics from the University of Oxford.

In 1977, he began his career with Kleinwort Benson in London and later on in Rio de Janeiro.

From 1980 to 1989, he joined Continental Bank (now Bank of America), first in Chicago and then in Paris, to develop its corporate finance activities.

In 2000, he joined Thomson-CSF (now Thalès) as executive vice-president and chief financial officer.

In 2005, he was appointed executive vice-president for finance and strategy at Kering, where he worked for one year.

From 2006 to 2007, he was a member of the supervisory board and then chairman of the management board of Générale de Santé.

In 2009 he was named executive vice-president of Safran before becoming deputy chief executive officer and, as of 2015, chairman of the board.